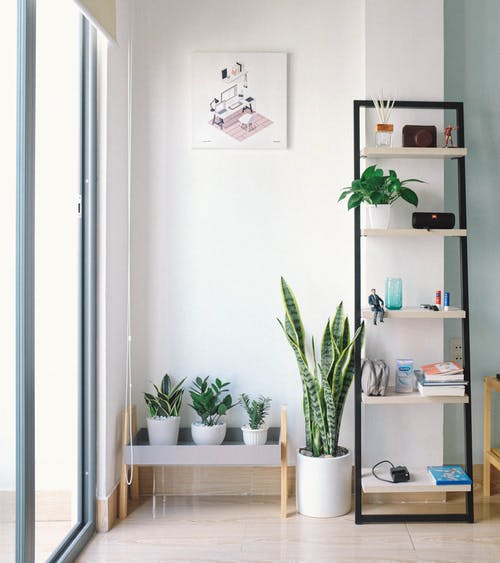 Keep kids safe, also for a healthy and active house, go for these ten best air-purifying plants to keep the indoor air clean

It is that time of the year again! The entire nation is drowned in festivities and fun and frolic. It is Diwali after all!
With Diwali, there is a slight change in the weather and autumn paves way for winters. There is a slight nip in the air and the fragrance of winter flowers such as night jasmine or Shiuli as it is popularly known in India fills the air! It is the best time of the year! We are sure – all of you would agree to this!

But the flipside to this season is the ritual of burning crackers which some people follow, plus the wood-burning fires, and fires on agricultural land in northern parts of India. Apart from this the air quality also gets poor due to dust from construction sites. And not to forget the constant menace of pollution caused by transport vehicles!

In a scenario like this, adults, as well as children who are young as a few months, are suffering from cold, blocked nose and sometimes even constant headaches. While these are just some of the minor issues people in the city have been facing, a panel of doctors has identified some life-threatening diseases too! There are multiple ways to combat and control this menace at home. One of them is to have – air-purifying plants at your home!

These plants are not only inexpensive and easy to maintain; they also go a long deal in filtering out the harmful air at your home. Plants, as we all know, are great for cleaning and filtering the air as they remove carbon dioxide, by releasing oxygen.

TCT lists down some air-purifying plants which do not only work like magic in this pollution laded environment but will also add that extra zing to your home decor:

If you have just started with indoor plants, then look no further. The spider plant is one of the easiest plants to grow and require zero to minimum care. All they need is indirect sunlight and they are good to thrive.

If there is one plant which you can just pot and forget – its Snake Plant. They can literally do away without any care. The propagation of this plant is also very easy as compared to others. The snake plant is one of the few plants which continues to release oxygen even at night. Thus, making it the perfect bedroom plant.

Another plant that is quite easy to grow indoors is the Peace Lily. Unlike most plants that do not require direct sunlight. They can also be propagated in water if soiled potted plants are something you are not interested in. They remove toxins such as carbon monoxide from the surrounding air.

Forever itching for that beautiful green corner in your living room? Then your answer lies in Areca Palm. Areca Palm is a beautiful plant that can be placed in your dining room. They usually grow up to bigger heights but can be purchased as small potted plants too. It is also popularly known as the most “Efficient Air Humidifier “plant too!

Another plant that is great for air cleansing and has a place of permanence in the Feng Shui theory is -Syngonium. The leaf has five lobes, which categorically represent the ‘Five Elements of Nature’. Along with reducing the pollution content, they can also reduce volatile components present in the air such as benzene, xylene, and formaldehyde.

Considered as one of the best household plants, the golden pothos or Devil’s Ivy as it is popularly known helps in reducing air-toxins. It can survive in low light and cooler temperatures, thus making it suitable to be kept it completely indoors.

Widely known as one of the most ‘Easy -to-keep-alive ‘plants the Boston fern is also classified as one of the best plants which act as an air purifier! These plants prefer high humidity and low sunlight.

Aglaonema or Chinese Evergreen as it is popularly known is one of the best air purifying plants which can remove benzene and formaldehyde from the indoor air. These plants can tolerate average to high humidity.

Popularly known as the best Christmas plants owing to its red flowers, the poinsettia can also serve as a great indoor plant. These plants do not require a lot of water but do need good warmth and light.

This beautiful plant survives in low and even artificial sunlight. They have great efficiency when it comes to removing formaldehyde content in the air.