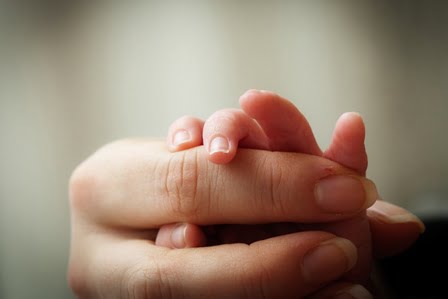 Trying to conceive? Then, it’s important to know your ovulation period! It’s the easiest step towards getting pregnant without having to wait much

“Birth is the epicenter of women’s power.” –Ani DiFranco

It sure is! Motherhood is a beautiful journey. It is full of so much love, respect, selflessness, and responsibilities. It is said that once you become a mother, you will forever be tired yet happy. But, when do you know that you are ready to undertake this journey? I mean, there is no specific time frame, really!

When I was pregnant with my first child, colleagues at work, surprised that I was due to be promoted soon (and pregnancy would only ruin all the possibilities of my promotion) would ask-“When did you know you are ready to have a baby?” The married girlfriends who were traveling the world and sipping on their wines would ask the same thing. They thought I was way too young.

But, I guess, for me, the initial decision of wanting to have a baby was very clear. In fact, my whole life I knew I wanted children. After meeting my husband, I felt even surer about starting a family sooner than later. We love children. My husband would be happy to have a big family.

Most girls like me who are ready and willing to start a family have their arms literally aching for the weight of a baby. Most girls like me don’t wait too long for promotions or the ‘settling in the marriage’ bits for their arms literally ache for the weight of a baby. So, we agreed to try for a baby within months after getting married. However, a few months of wait and a couple of appointments with the gynecologist suggested that probably my body wasn’t that well prepared for motherhood. I was diagnosed with PCOS (Polycystic Ovarian Syndrome). I was told that many women struggle for weeks, months and years trying to conceive, not understanding why those frustrating sticks don’t show two pink or blue lines! Most just get tired of waiting for the results to show up. This was the reason why I would miss my periods. There was a lack of ovulation and timely menstruation.

As soon as I got treated for my PCOS, and within a month of trying, I conceived! Thanks to the fact that I knew my ovulation time.

But, there are women out there who don’t have PCOS. Their bodies function fine; there are no issues with their reproductive systems. Even then they fail to get the results they’ve been hoping for. You know why? Because they know nothing about the ‘right time’. The best time to try and conceive is during the ‘fertile window’ aka the right time of the menstrual cycle.

Take a look at this video to know how much do women and men know about the ‘right time’ to get pregnant!

Ovulation is when a mature egg is released from the ovary, pushed down the Fallopian tube, and is made available to be fertilized. Roughly every month an egg will mature within one of the ovaries. However, it is important to know that when you do ovulate, there is a very short window period within which you can conceive before the egg begins to die. Once you know your exact ovulation time, the chances for positive pregnancy results are high.

1. Ovulation Pain: In some women, ovulation causes a sudden, constant pain in their lower abdomen.

2. Body temperature: There is a rise in the basal body temperature. You can keep a track on your monthly cycle. Take your temperature every morning upon waking (close to the same time every day). This is one of the best ways to understand your cycle. After ovulation, you will notice your temperature normally rises and stays that way until your next period.

Breast tenderness and sensitivity, increased energy level and a heightened sense of vision, smell and taste are some of the other symptoms of ovulation.

These days there are some ovulation prediction tests and kits easily available in the market. They can help detect changes in the body that signal ovulation is just round the corner.

So, all you yet-to-be mommies – here is wishing you all the luck. Really hoping that now you don’t have to wait much. Here is also hoping that your pregnancy kit will soon be show 2 happy lines.

How to plan a perfect babymoon

How to take care of itchy skin after pregnancy?